Will Bader is an Orthopedic Surgery Physician’s Assistant. While with the DRC, Will created the original maps of the fossil and castle sites. 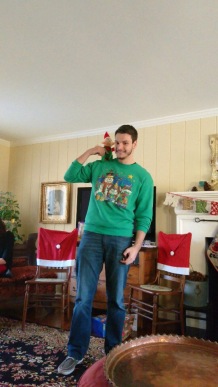 Mason Bader studied biology at Roanoke College. He is from Salem Virginia. Mason studied the role of auxin in axis formation in plants but supported all DRC exhibits and festivals by partaking in Supergroups and meetings. Currently, Mason is studying pharmacy at Virginia Commonwealth University.

Taylor Briese studied history and education and is from Falls Church, Virginia. She collaborated with the DRC on a civil rights era history activity book. Recently licensed to teach middle and high school social studies, Taylor is completing her work with a national civil rights project. 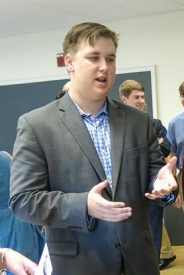 Jack Beedle was a Patrick Henry High School student when he worked with the DRC. He explored the genetic connections between local populations of lycopodium.

Shannon Cavender is from Monaca PA and worked on dragon folklore.

Emma Clarke was a biology major from Asheville NC. Emma became a leader in the mapping of DRC data but her interest in how words form and evolve took her into “dragon” etymology.

Jennifer Coulombe studied biology at Roanoke College. She explored reptile evolution in relation to dragons. Jen was one of the first DRC members.

Rebecca Conter studied Biology at Roanoke College and graduated in 2017. She worked with the plant chemistry of Lycopodium. She also created an educational activity book to plant biology for children. Rebecca currently works for Valley Star Credit Union. 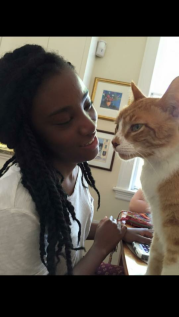 Diamante Cornish was an art history major from Wilmington Delaware. Diamante has examined ethnobotanical connections of plants with the name “dragon” attached, but this has led to her further exploring these plants across art history.

Ryan Dill studied Business at Roanoke College and is from Raleigh NC. Ryan brought an interesting insight into the DRC. He has worked alongside the ethnobotany team to explore how dragon products have moved around the world. Ryan strives to see if the fossils and dragon plants are linked to the lore!

Anna Denisch studied Creative Writing at Roanoke College and graduated in 2016. She worked with literature about dragons and published a children’s book about African dragons titled Restoring Dragons: Africa. She recently graduated from Western Connecticut State University with an MFA in Creative and Professional Writing.

Jordan Haga was a biology major from Lynchburg VA who looked for major trends in reptiles around the world and their connection to dragons. She created a database to explore physical features and fossil appearances.

Leah Harbison is from Blue Ridge, Virginia. She studied biology at Roanoke College and is currently in medical school. Leah’s project explored the role of algae in a red tide event during the Triassic. She was a major player in the Supergroup discussions and supported all DRC events. 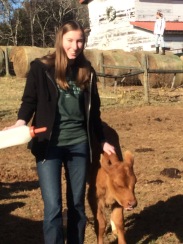 Morgan Heckman, a physics major, created a matrix of dragon characteristics that was used for literature analysis. She also worked to digitize the Roanoke College Herbarium collection.

Rebecca Horton is developing a sight-impaired exhibit on plant biology. Her major in psychology, interests in biology and education, and desire to attend medical school are a perfect trifecta for this project.

Eesha Imam was a creative writing major who did biology research as she prepared for entry to medical school. Eesha explored lycopod and fern spore physiology.

Nathanial Johnson was a student of geography at Virginia Polytechnic Institute. Nate helped the DRC by creating a GIS map of several key locations.

Travis Lumpkin was a biology major from King William, VA who explored the paleobiology and paleoecology of Carboniferous plant fossils from Beckley WV.  Travis received his Masters of Science in Applied Geoscience from the University of Pennsylvania and is currently teaching Earth Science in Manassas Park, VA.

Matt Myers studied History at Roanoke College. In the DRC Matt researched the history of dragons in art, explored the DRC as an educational model, and helped create media content for the group.

Sarah Petrosky was a biology major from York Springs PA who enjoys blowing things up! Sarah examines the modern plant Lycopodium, to understand the evolutionary reason this plant would maintain flammability during spore development. Her work connects to the dragon project because she studies a modern relative to the Lepidodendron tree.

Jane Pugh was a biology major at Roanoke College. Jane used her artistic talents to design book covers for the DRC literature students.

Ben Schwartz was a biology major from Midlothian VA with a passion for natural medicine. Ben began his journey with Team Dragon researching the origin of “dragon” plants and determining if any of them had valuable therapeutic properties. The research narrowed, and Ben worked with Antirrhinum majus, more commonly known as snapdragon plants. Ben is currently studying to become a chiropractor. 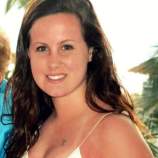 Anna Siburn studied psychology at Roanoke College and is from Redding CT. 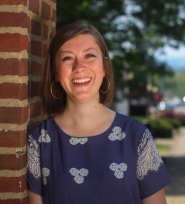 Katie Simmons, a Literary Studies major from Roanoke, Virginia, worked on development of secondary curriculum related to the DRC hypothesis. She is now an Admissions Counselor at James Madison University.

Bree Smith was one of the first DRC members. She studied business at Roanoke College but focused on dragons in art as a DRC member. 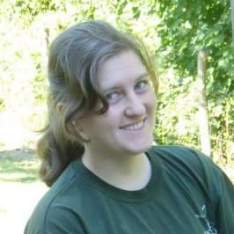 Lydia Weltmann Studied Creative Writing at Roanoke College and graduated in 2016. She worked with literature about dragons and wrote a middle-grade book about dragons titled The Epoch of Dragons: Convergence. She currently works at BMI Educational Services.

Caitlin Wright studied art history at Roanoke College and then pursued her Masters in Archeology. Caitlin produced the first dragon mascot, Herman, for the DRC. Herman remains a staple to the group!

Ashley Wolfe, a Literary Studies major and education minor, created elementary level curriculum based on the DRC hypothesis and aligned all curriculum with the Virginia Standards of Learning (SOLs). Currently Ashley is a teach for Richmond City Schools.

Shuhang Wu is a Chinese exchange-student who provided Chinese culture and history to the group. She also translated other student’s work.